Kalik –  As in, Forthcoming. Next. The soon-to-come. Near Future.
Kalik is an interdisciplinary arts company & spaceship. We arrive at artmaking as generative and transformative mediums for expressing urgent truths, recalling ancestral stories and teachings, while simultaneously visioning future worlds that centre healing, justice, and love.

Kalik has grown from the need to:

Collaboration as methodology: Working collaboratively and within community is a high priority for our work. Kalik engages artists and creative people at all stages of the learning/making process.

Kalik comes from the collaborative partnership between Kamee Abrahamian and lee williams boudakian. We are interdisciplinary artists, producers, and facilitators invested in storytelling that integrates our ancestral and cultural histories, grapples with our current worlds, and visions into futures that centre the lives and stories of those of us currently living on the fringe and in the margins.

We are a blend of creative and practical-make-it-happen-despite-the-odds. We first came together to create Dear Armen, a multidisciplinary arts and performance project that weaves together the voices and struggles of three generations of Armenian women, gender-benders and queers. The project was conceived during a three-week artist residency in September 2013 at the Abrahamian Arts Centre in Yerevan, Armenia. Since its inception, Dear Armen has morphed from staged reading to interdisciplinary production featuring two distinct versions and five incarnations, which have toured throughout Canada, USA, and Armenia. Out of our work with Dear Armen has a grown a creative partnership, vision, and mission that is becoming Kalik. 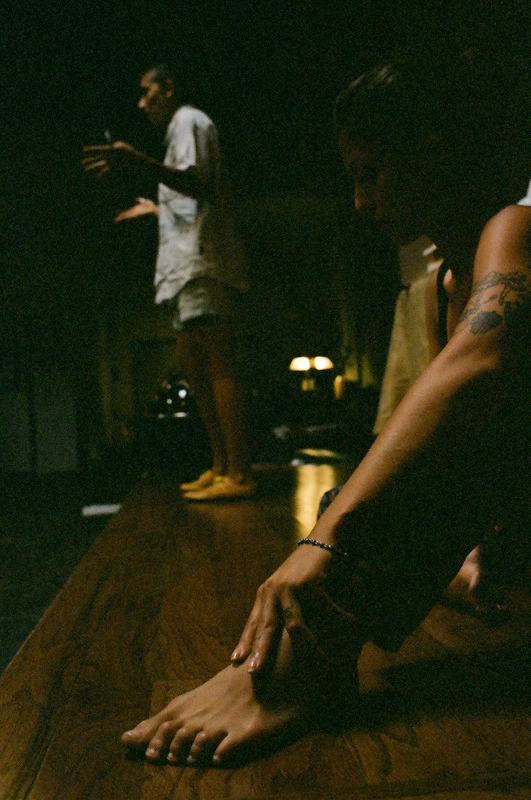 lee williams boudakian [co-founder] (they/them/theirs) lee is an Artistic Producer working across Film, Performance, and Digital Media. They specialize in collaborative multi-disciplinary projects that delve into issues of identity, hidden histories, systemic change, and speculative futures. Recent Projects include Dear Armen (2013-2017), Setting Bones (2017), and World of Q (2017-2019). Lee holds an Honours BA from the University of Toronto in Contemporary Visual Studies, English Literature, and Politics; and a joint Master of Fine Arts (Film and Media Production) and Master of Business Administration (Schulich School of Business) at York University. As a queer, trans & non-binary, mixed-Armenian raised in an immigrant family, lee grew up pulled between many worlds that seemed incompatible. These experiences shaped their creative practice and commitments to helping build thriving and inclusive communities, and worlds that do not rely on the marginalization and exploitation of people or planet.

Kamee Abrahamian [co-founder] Kamee was born into an Armenian family displaced from the SWANA (southwest asian, north african) region, and grew up in an immigrant suburb of Toronto. They arrive in the world today as a queer and feminist mother, interdisciplinary creative, scholar, writer, producer, and facilitator. They have a BFA/BA in film and political science (Concordia University), an MA in expressive art therapy (European Graduate Institute), and soon to be MA/PhD in community, liberation, indigenous and eco psychologies (Pacifica Graduate Institute). Their work is steeped with relational, generative, visionary and liberatory practices oriented towards ancestral reclamation, diasporic futurism, and radical imaginaries. They have published both literary and academic work, facilitated workshops, and exhibited and curated art, films and staged performances internationally. Most recently, Kamee has been working freelance under Saboteur Productions (founder) and collaboratively through Kalik Arts (co-founder).

Special thanks to the Canada Arts Council, the BC Arts Council, and the province of British Columbia for supporting our projects: